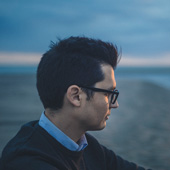 Below is a small sample of my music and audio engineering in film and television. I enjoy composing music for films as well as audio engineering and sound design, so you'll find examples of both kinds of work below.

A journey through loss, space and memory. The film commemorates the victims of the tragic Sewol ferry accident, in which 304 out of 476 passengers and crew members died in 2014.

It features my piece Since Last Letters and I was responsible for the sound mixing.

This Island is Ours

A feature documentary about the territorial dispute between Japan and Korea over the ownership of Dokdo/Takeshima islets. My role was as sound editor, sound mixer, and music composer.

A promotional video for Underwood International College, part of Yonsei University in Korea. I created a custom score for the video and was also responsible for the sound design and mix.