After lunch in the dining room, Rayne Roberts took me on a tour of the main house at Skywalker Ranch.

On the left of the first corridor lay the whip belonging to Indiana Jones, but my eyes were drawn to the right. There it was. Obi-Wan Kenobi’s lightsaber from Star Wars Episode IV. The very lightsaber he used to (spoiler alert) battle Darth Vader inside the Death Star. Alongside it, the miniature models of various ships and creatures used in the original films. None of this was set up like a shrine or museum exhibit – just casually displayed as you would place art in your own home.

One of my favourite rooms was dedicated to recreation. Two couches sat in the centre of the room in front of a beautiful, classic sound system. Hundreds of vinyl records lined the wall on one side, while the other wall held cabinets containing every single Star Wars board game ever created. George Lucas knows how to wind down in style.

Where the main house truly shines, however, is when it comes to research. To enter the library was to be transported into another realm. The light poured through the stained glass dome above, transforming the room with its enchanting hues. Two levels contained George Lucas’s extensive personal book collection, with the entire room built from a rich, deep-coloured wood. In the centre of the library a spiral staircase wound straight from the past up to the balcony above.

More intriguing than the room itself was the work being done. Sitting at the desk in the middle of the room, with a pile of books beside him, was the legendary sound designer – and 7-time Academy Award winner – Gary Rydstrom. Well known for his sound design work on Jurassic Park and Titanic, he was now writing a book. Beside him, a professor of film and culture who had flown in from Oxford University to contribute to the research. They were discussing the future of cinema and its role as a shared social and communal experience in light of the shift towards watching at home on Netflix (or equivalent). They spoke of the experience of going out to the cinema – how we invest our full attention, enjoy the film in the visual and sonic environment the creators intended, and, most crucially, share the experience with other humans in our community. As a film producer and lifelong lover of cinema, Rayne had much to say on the topic and the three of them engaged in a fascinating debate. After the discussion wound down, we took a brief walk through the grounds and returned to the mixing stage. 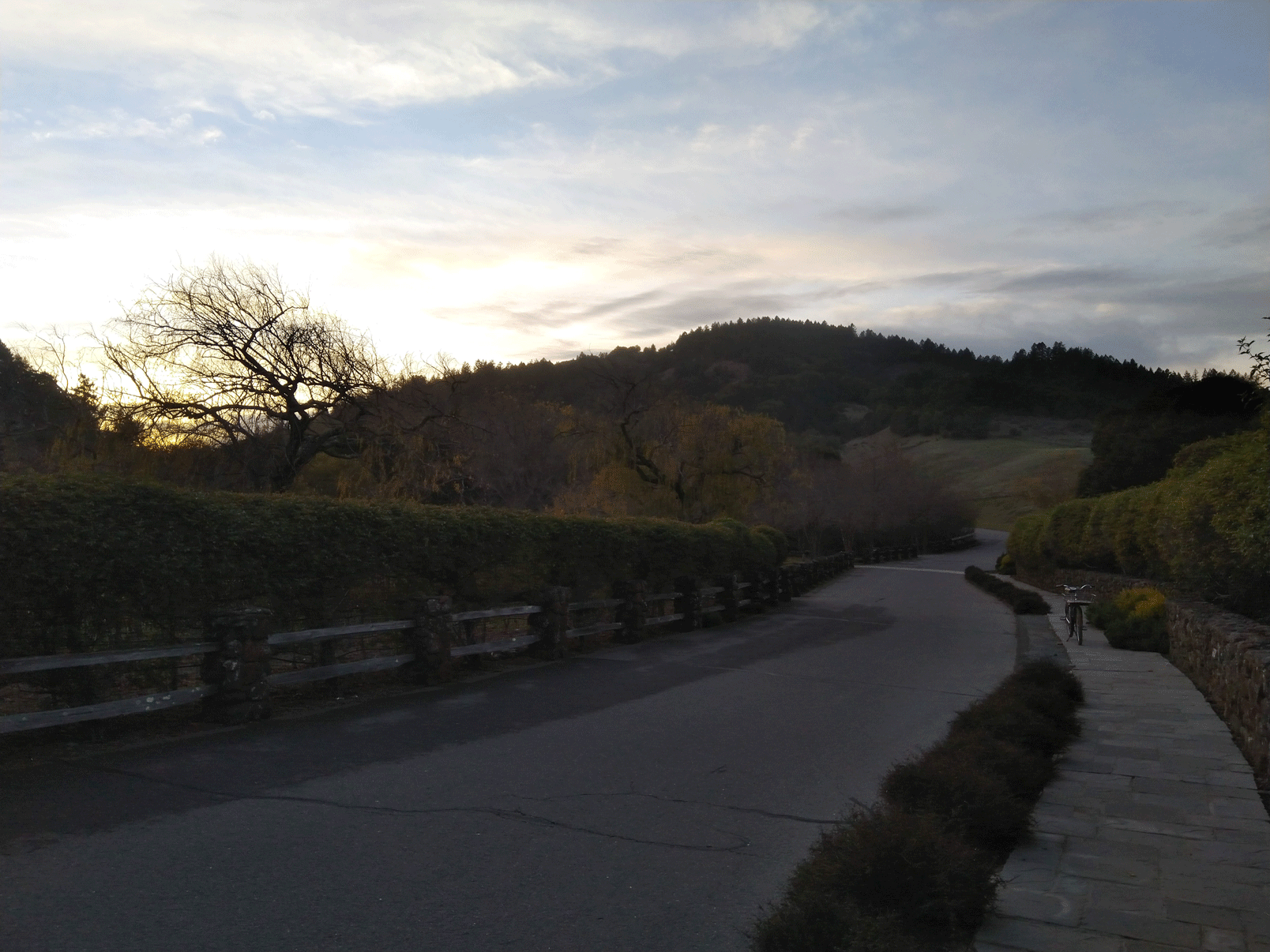 The afternoon was filled with more enthusiasm, laughter, and brilliant mix decisions. By 8pm we felt the film was ready. It was time for the final review.

The entire team assembled along with the general manager of Skywalker Sound and Gary Rydstrom. André once again asked for the film to begin, commanding the room just as he had 12 hours earlier. We watched from start to finish and it sounded beautiful – every sound in place, giving the film so much life. I gathered that Gary had a reputation for detailed critique, as some of the team had looked a little nervous when he entered, but he was silently nodding. The team was happy. The film was complete.

I could have gladly stayed forever but we had to say goodbye to the wonderful Skywalker Sound team. Rayne and I got in the car to drive home, both overwhelmed by the success of the day.

Rayne turned the music all the way up, as she loves to do, and we drove into the night, back to San Francisco. 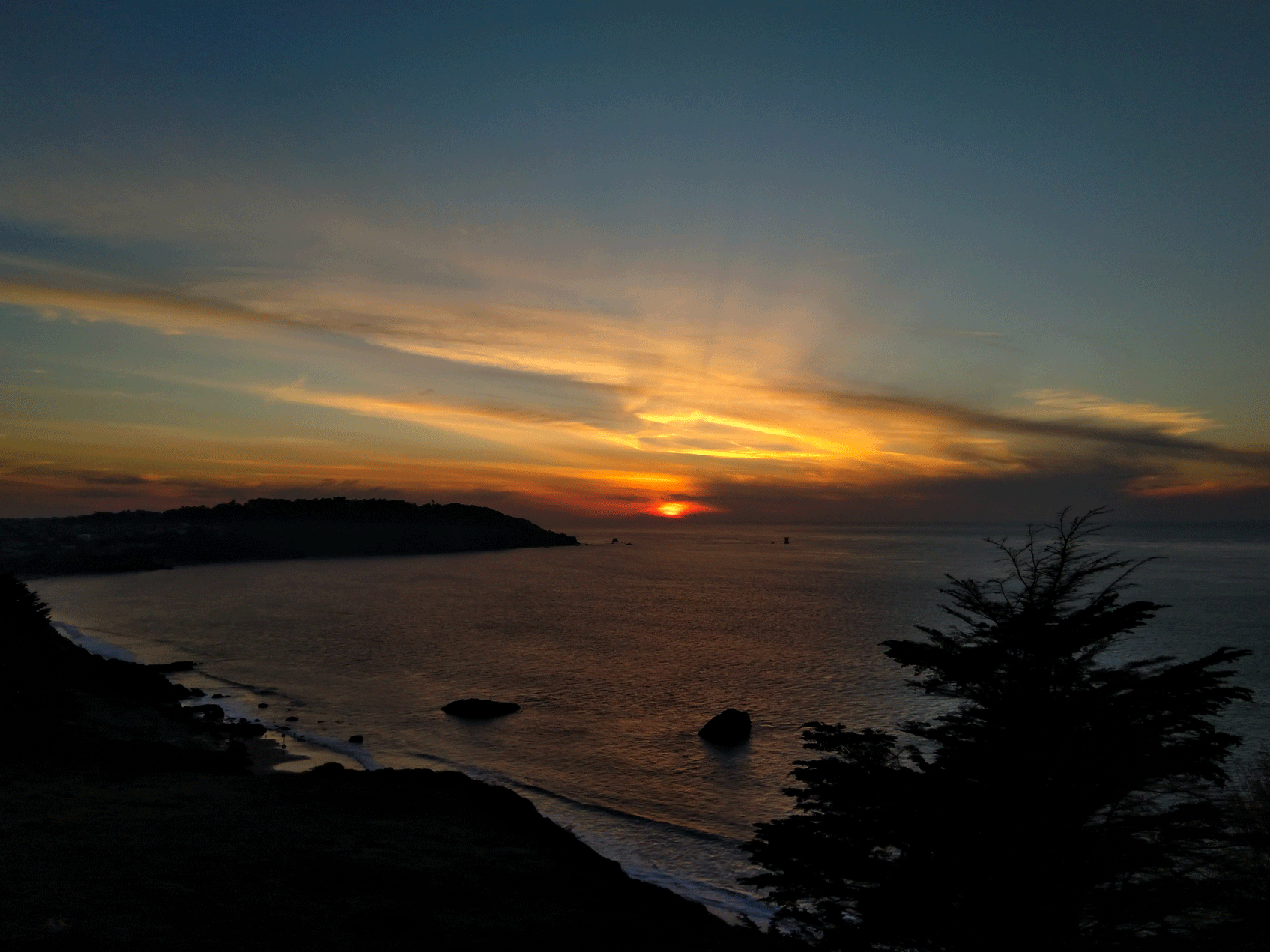